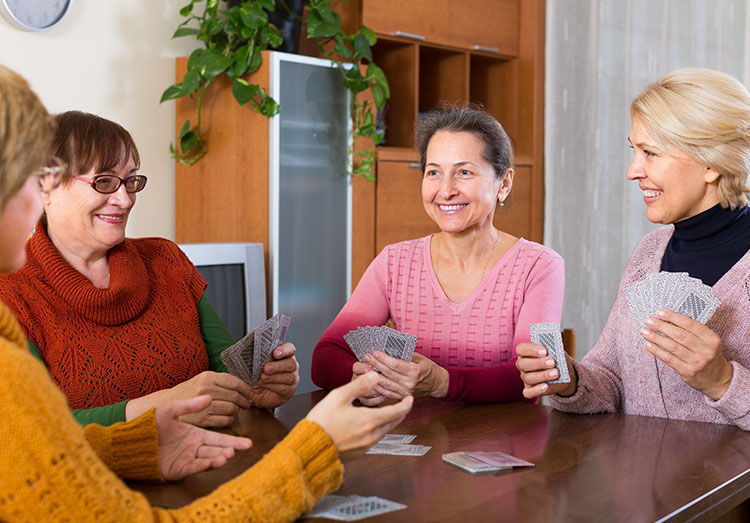 Social Bridge has been part of the WWC for many years. Social Bridge was formed around 1985. It offers new members a more relaxed social setting as a way of getting acquainted with our regular members of the WWC. Three to four tables of bridge “foursomes” are set up to play independently of each other. There is also a substitute list for this popular game. Each table is responsible for: setting up their table and chairs and putting them away after they play; supplying their own playing cards, score pads and pencils; getting substitutes from our membership/or bridge player’s list. Tournament Bridge remains one of the largest groups in the club. Tournament Bridge is played once a week in five- week sessions; running scores are kept with prizes awarded at the end of each session. Members supply their own playing cards and anything needed to play. There is a nominal fee and everyone wins something back by the end of the session.