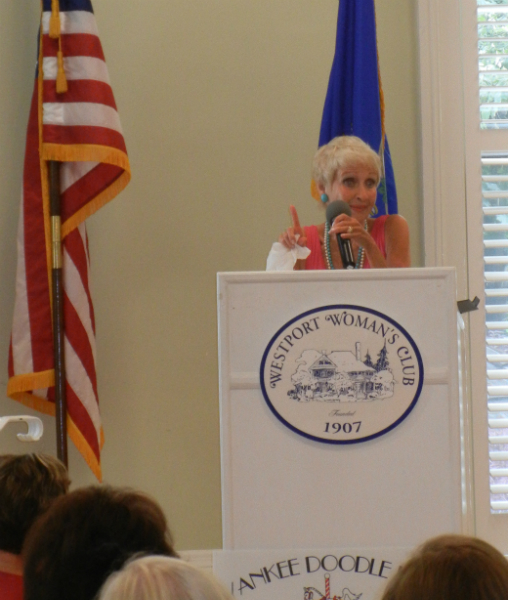 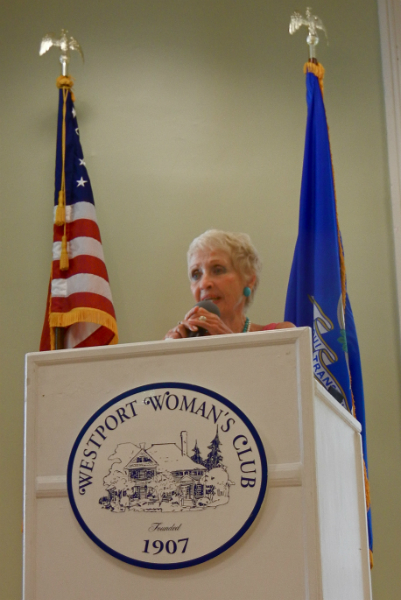 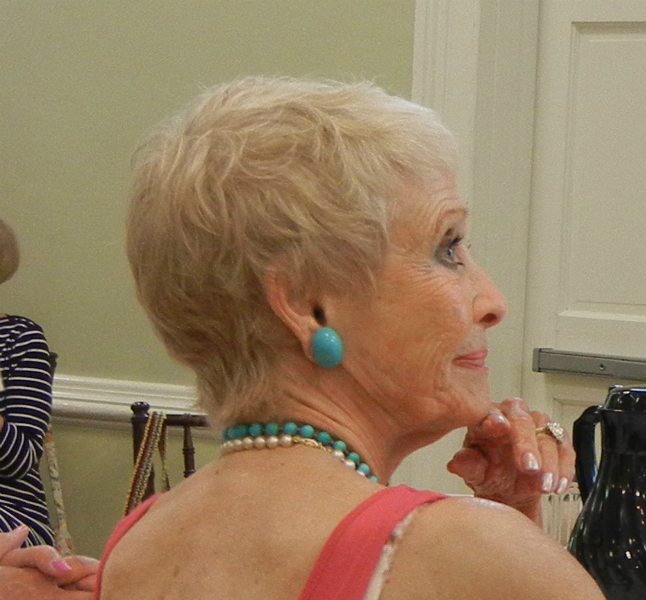 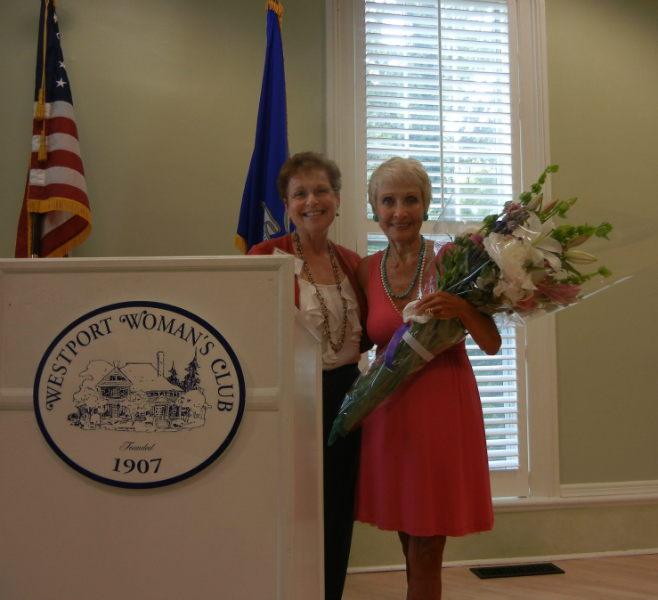 Jane Powell Charms Her Audience at the Westport Woman’s Club

Jane Powell, the star of TV, Movies and Stage joined the Westport Woman’s Club for their June Club Day Luncheon. A song-and-dance star from a very young age, Ms. Powell still sports her well-loved light-up-a-room-smile and perky demeanor. She shared some candid thoughts about her career and life.

Ms. Powell shared the story of a little girl named Suzanne Lorraine Burce who started taking dance and singing lessons at the age of 2 in her hometown of Portland, Oregon.  By age 11 she had her own radio show and following the outbreak of World War II she was named the Oregon Victory Girl and entertained at veterans’ hospitals and help sell war bonds.  At the age of 14 her parents took the rising star to Hollywood where she was immediately signed by L.B. Mayer at MGM and given the name Jane Powell. Through her career she has played in major movies such as Seven Brides for Seven Brothers and The Royal Wedding and toured in major Broadway shows South Pacific, The Sound of Music, Oklahoma, My Fair Lady and Carousel.

Growing up in Hollywood was exciting, hard work and often lonely.  Ms. Powell wanted to have a typical high school experience, going to football games, parties, sleepovers, but instead attended the Little Red Schoolhouse at MGM.  The only one in her grade, Ms. Powell had three hours of class by herself a day, then went to work rehearsing and filming until 5:30.  Other young stars were in similar circumstances.  Among them, Roddy McDowall who became as close as a brother and with whom she shared many family dinners at his parents’ house, and a three-year younger upcoming star named Elizabeth Taylor.   The two were bridesmaids at each others first weddings.  She had the pleasure of working with movie greats like Fred Astaire (“a lovely gentleman who was very, very secretive”).

As the golden age of the Hollywood musical was coming to an end, Ms. Powell found herself going from a star with a contract to being without work. “The hardest thing is to not be wanted,” she shared.  She then went on the road performing live theater

and appearing regularly on TV variety shows.  Ms. Powell now lives in New York and Wilton, CT with her husband of 25 years, Richard “Dickie “ Moore, childhood star of many films and the “Our Gang” series.