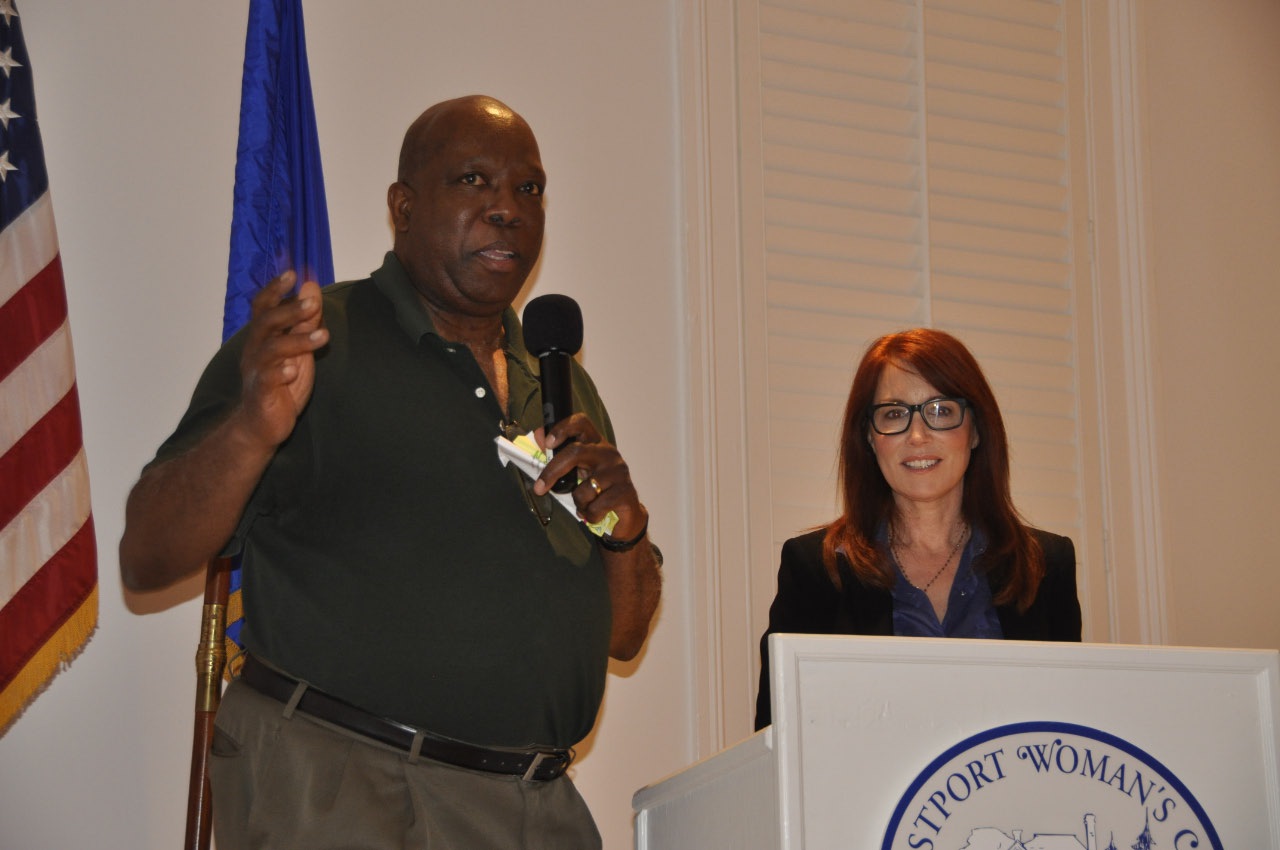 The program last night at the WWC was co-hosted by WWC Cultural Affairs, WWC Community Services, the Westport Public Library and TEAM Westport.

The movie, “The Good Lie” is the story of the ”Lost Boys of Sudan”. Thousands of boys and girls were rescued from the war having escaped the Soldiers who in many instances killed their parents and tried to kidnap the children for the Army. Those who were lucky enough to come to the United States have become U.S. Citizens and lead good lives.

Following the movie there was a “Talk Back” featuring the writer of the movie, screenwriter Margaret Nagle. Her Westport appearance precedes the presentation of the film at the United Nations tomorrow.