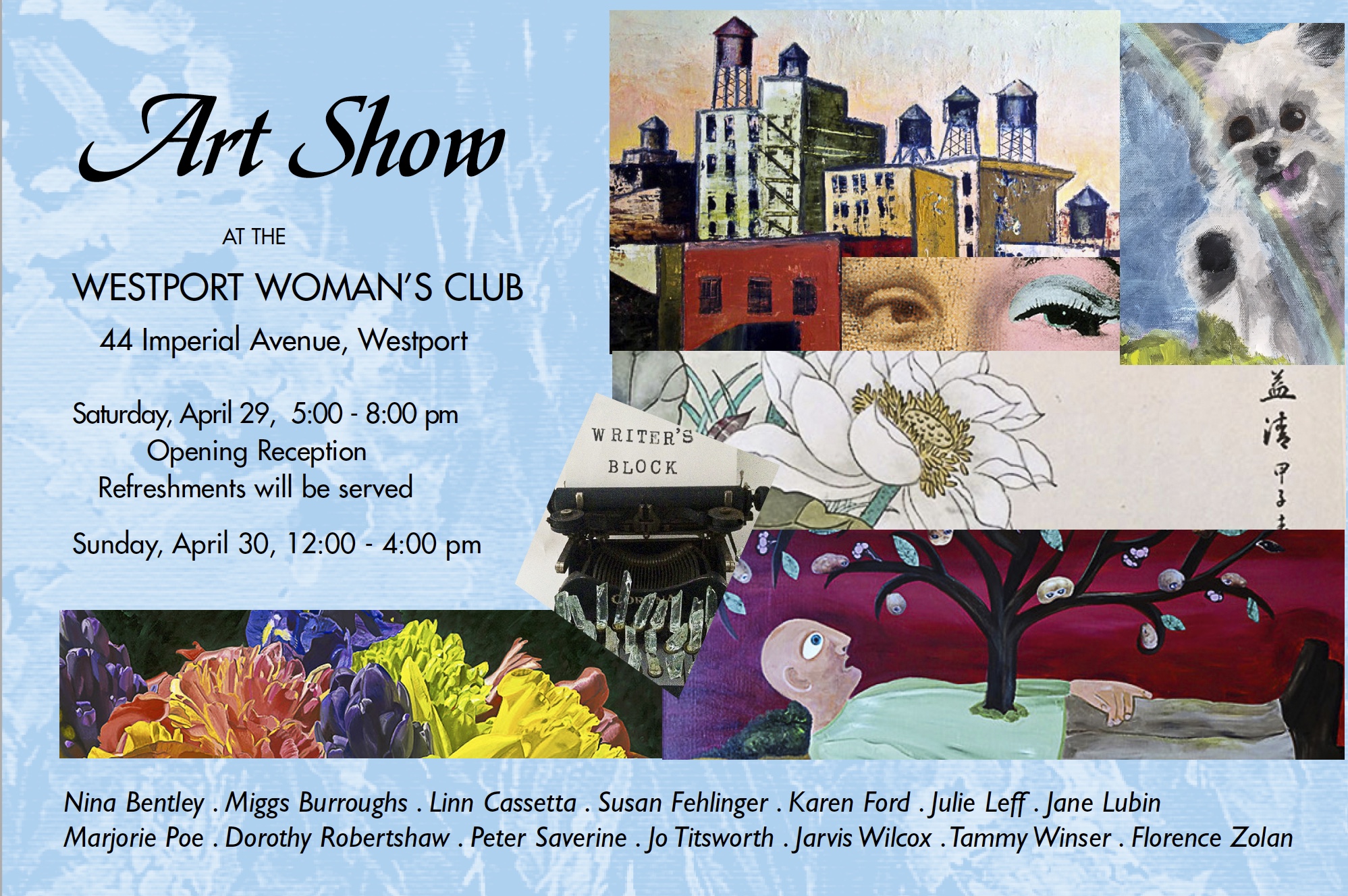 On the evening of April 29 and the afternoon of April 30 only, the Westport Woman’s Club’s Art Show fundraiser, curated by Miggs Burroughs, returns to Bedford Hall. Art Show chair Jo Luscombe notes that this year’s show builds on last year’s success and continues the long WWC tradition of partnering with local artists to generate sales for them and funds for local scholarships. Because this year’s show again features multiple works by 14 artists, across an array of media, and at attractive price points, there’s something for everyone.

This year’s Art Show will be dedicated to the memory of recently deceased legendary local artist Naiad Einsel. The WWC is also celebrating its 110th Anniversary.

Partnering with local talent began early in the 20th century, not long after the Club (est. 1907 as the Woman’s Town Improvement Association) began, and just as many of America’s best representational artists, Westport’s “Famous Artists” of the 20th century, were moving into Town. In that era, many Woman’s Club members either were wives of artists or artists themselves. During the Great Depression, WWC art shows helped unemployed artists and their families make ends meet. In good times and bad, civic-minded local artists pitched in to support the Club’s fundraisers.

Styles have changed, but community spirit endures. Admission to the WWC Art Show at 44 Imperial Avenue is free and open to the public. 30% of sales will benefit need-based scholarships for Staples seniors.

The Westport Woman’s Club is a non-profit, tax-exempt 501 (c) (3) organization dedicated to volunteerism and fundraising in support of local educational, charitable, cultural and public health services.